The Polynesian group of islands known as Samoa located in the South Pacific Ocean, approximately half-way between New Zealand and Hawaii, consists of 2 main islands Upolu and Savai’i and 7 smaller islets. To the east are the islands of American Samoa. Upolu is home to nearly three-quarters of Samoa’s population. The capital of Samoa is Apia, which is situated on the island of Upolu.

The legal system of Samoa, consisting of Court of Appeal, High Court and Magistrates Court, is based upon principles of English and Commonwealth statutory and common law. 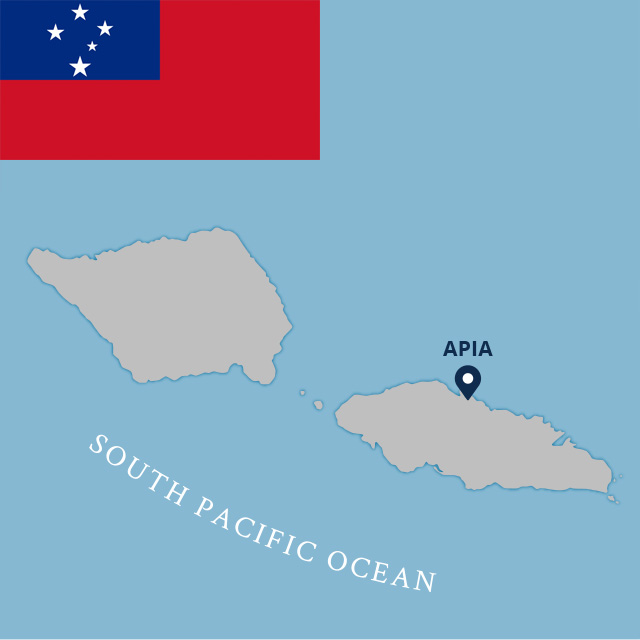 Key features of the Samoa IC: