On the Eastern Seaboard of the United States, Delaware is bordered by the Atlantic Ocean and Delaware Bay, as well as by the states of New Jersey, Pennsylvania and Maryland. Delaware’s location affords easy access to the major metropolitan areas of the Northeast. Washington, D.C., Philadelphia, and Baltimore are all within a 2-hour drive.

Delaware acquired its status as a corporate jurisdiction in the early 20th century. The influence of the Delaware corporate regime is evidenced by the fact that more than half of the companies on the Fortune 500 list and companies listed on the New York Stock Exchange are domiciled in Delaware.

The Delaware General Corporation Law (Title 8, Chapter 1 of the Delaware Code) is the statute governing corporate law in the U.S. state of Delaware. 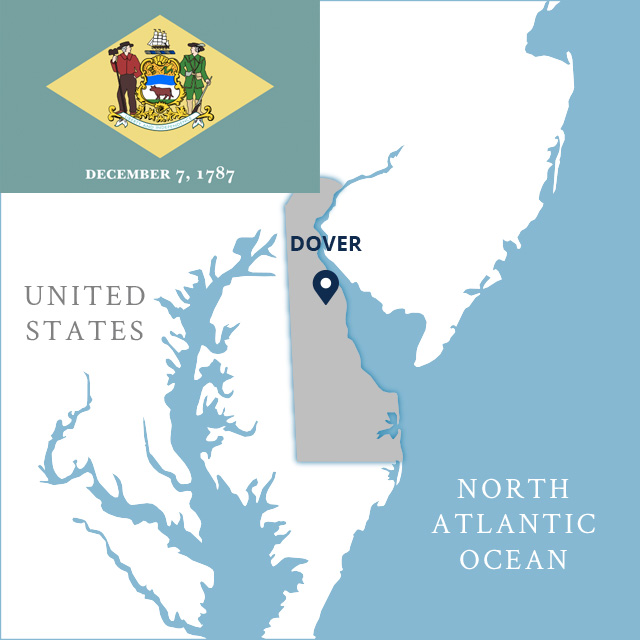